I’m interrupting my Egypt series due to the horrible, sad news that Lindsay de Feliz, a friend in the Dominican Republic, was murdered this week.

Lindsay was an ex-pat. An English woman who had made her life in the Dominican Republic since 2001. She was a successful author & blogger. Her books recounted her story of moving to the Dominican Republic, finding love, marriage and a new life there. A life so horrifically & violently ended a few days ago.

I suppose with the shock of her death, it is not surprising that she keeps coming to mind. Yet I only met her once in real life, back in October 2017 and then only for a few hours.

It has left me reflecting about travel, meeting people and how the internet has changed our relationships.

One of the things I love most about travel is meeting different people and experiencing, however superficially and fleetingly, other cultures & lives. I’ve never been a ‘beach holiday’ fan. I get bored too quickly to sunbathe for long. While it is great for those who want to, a week in a Spanish resort, drinking in an Irish themed bar, eating full English breakfast with pie & chips for tea offers no appeal to me. But I have eaten a sheep’s eye in Marrakech and fried insects in Vietnam. That’s much more my style!

Prior to social media and even email changing the world, we would travel and meet people but rarely form a lasting relationship. Even with the best of intentions, relying upon ‘snail mail‘ meant we never actually kept in touch with the people who entered our lives, and ours theirs. Elaine & I were married in the Dominican Republic in 1998. A couple who we met while out there attended our wedding. Strange as it may seem to younger readers (if I have any) just twenty years ago, hardly anyone had an email address and it was another six years before Facebook would start. It wasn’t surprising that we didn’t keep in touch. I’ve just asked Elaine what their names were? She can’t remember (nor can I)… She said “I can picture them” …so can I. They are in our wedding photo album…

In Vietnam, we were invited to a home for a meal. It was just after their celebration of Tet and the house was still decorated. We sat around and ate a traditional meal. At the end of the evening, we thanked our hosts and left with memories and those good intentions to stay in touch but best intentions never worked out and we again drifted back out of those lives.

Social media changed that. On the recent trip to Egypt that I began blogging about, we met people and became friends on Facebook, so we can easily keep in touch.

I met Lindsay through her writing and a mutual friend, another ex-pat in the Dominican Republic, Shirley. I’d been visiting Dom Rep and had taken some Branston Pickle out with me, which I gave to her, as this was one of the items she missed and struggled to source out there. Lindsay’s ‘thing’ was Cadbury’s Fruit & Nut chocolate bars.

Elaine had been given Lindsay’s first book, What About Your Saucepans by a friend here on the Isle of Man. In it, my Branston Pickle fan friend was mentioned.

We both really enjoyed the book, and the followup, Life After My Saucepans, and Lindsay’s adventures. Elaine was particularly taken by Goofy, Lindsay’s Great Dane. On our next visit, I contacted our mutual acquaintance and via her, we were invited to Lindsay’s home.

Lindsay lived in a beautiful area on the edge of the national park where you would find the highest mountain in the Caribbean, Pico Duarte. The town she was on the edge of, Moncion, is not on the tourist trail and it is quite a drive to get there. My regular taxi driver, Angelo, was booked and we picked Shirley up en route. Elaine still didn’t know where we were going, she thought we were just going to the dam, as it was mentioned in the book as being a beautiful place but Shirley let something slip and Elaine turned to me and quietly asked “are we going to see Goofy?”

Lindsay welcomed us in to her home. Her husband had prepared a sancocho. Sancocho is a traditional meal in many Latin American countries. It is a dish that is always slightly different. And every Dominican’s mother always makes the best sancocho!

I will admit, I’ve never had a bad one. My first sancocho was for the seventeenth birthday party of  our friend Jessica and was cooked for the whole village. Being the first, it was probably the best!

After a filling lunch, Lindsay’s husband, Angelo, Elaine & I drove out to the nearby hydroelectric dam. It was such stunning, tranquil place. There is a road across the dam, but it is unmade on the far side and so apart from a couple of motorbikes passing us, it was silent except for some goats occasionally bleating in the valley below us, who replied when Angelo bleated to them.

We left the friends to have a natter and catch up. They used to chat on-line every night, so quite what they had to talk about, goodness knows, but that’s what good friendship is about! After stopping for an ice cream in Moncion itself, we returned to Lindsay’s home, had a quick book signing session, said goodbye to the dogs and set off back to Cabarete.

We kept in touch. Facebook of course. Lindsay even mentioned our visit in her blog.

When I decided to start a blog myself, I contacted Lindsay and asked for some advice. One key piece of her experience she shared with me was to aim for an update fortnightly, This gives readers something to keep coming back for.

It’s Lindsay’s fault that you dear readers are being manipulated and the Egypt trip was broken in to four blog entries, published fortnightly!

Lindsay was the kind of person who was always wanting to help people. Whether a relatively simple matter of advising a newbie how to blog or serious issues, including supporting victims of abuse in her adopted homeland. She was also a talented writer. And despite only meeting her for a few hours in person, she struck me immediately as one of those decent, caring people whose optimism and love of life shines through. Meeting people like Lindsay is what makes travel so important to me. Experiencing the culture, eating the food. Being invited in to the homes of people who live those lives. Making memories of lovely people who we meet along the way.

But by keeping in touch, there is the pain too. Even though most of our communication was electronic and sporadic at that, I considered her a friend. In pre-internet days, her death would have been equally tragic for the people who were really in her life, like Shirley, but there is a high chance that I wouldn’t even have been aware of her murder. The news was reported in the UK press, so perhaps I would have had a shocking moment of reading it, but it wouldn’t have felt as real… as personal. Her death would have been somewhat disconnected, if I’d become aware at all.

This left me contemplating how the lives of other people we met on our travels have developed, whether others have died or are living long and happy lives?

I’ve been left with a feeling of melancholy. Not close enough to be truly mourning, not distant enough to be dismissive. I had wanted to write Part Three of my Egypt trip blog this week but couldn’t find the beginning line. Lindsay’s tragic death kept tugging at me.

Travel memories were painful not joyful this week.

I find it uncomfortably surreal knowing that Lindsay has subscribed to this blog for updates and that she would have read most, if not all, the previous entries. There are statistics available to me regarding readership, including location. The Dominican Republic featured in those countries where I had blog readers. Sadly, this week, my blog lost a subscriber. Far more importantly, the world lost a lovely, talented, woman.

And even though mainly electronically, I lost a friend. My condolences to those closer to Lindsey than we were, who will feel her loss far more acutely, in particular Shirley, my Branston Pickle friend. 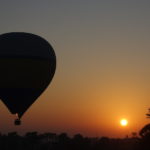 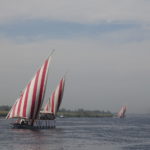 02 comments on “With Sadness: The Death of Lindsay de Feliz.”