It is funny to think that when I began to plan this trip, I was thinking a week in Cairo and a couple of days in Luxor. Thankfully, I was advised to do the opposite. What good advice that was. If you have spare time, then spend it in Luxor or Aswan. Two or three days in Cairo is ample. That isn’t to say there isn’t a lot to see here. For example, we skipped the amazing Cairo Museum and could happily have spent longer at the pyramids. But making sure we had plenty of time in Luxor was a good decision.

Cairo is obviously a mega-city of almost 20 million people. The most surprising thing about the Great Pyramids of Giza for most people is simply how close they are to the city itself. If you view Google Earth or other satellite images, you can see that they are right at the edge of the urban sprawl. I decided to use this to our advantage and with advice from travel sites such as Trip Advisor & Booking Dot Com, I found a hotel that was on the last row before the pyramids.

This was to be Elaine’s last surprise of the trip and the one that literally made her gasp in amazement. When we went in to the bedroom, the curtains were closed. The porter told Elaine to close her eyes, then he opened the curtains. When she opened her eyes, she could see the pyramids. It was quite an experience, literally seeing one of the Seven Wonders of the World while laying on your bed!

We paid £157 for two nights B&B at ‘Great Pyramid Inn‘. This included a dinner & drinks that we charged to the room, so excellent value. As we found everywhere, the people at the hotel were incredibly friendly & helpful. There is a roof terrace that overlooks the pyramids. From here, you can experience the evening ‘sound & light show‘. We ate here, then sat back with a beer and viewed the show for free. Being elevated, we probably had a better view than the people who paid to go to it!

I had originally planned to only view the pyramids here, even though doing a tour that included the pyramids of Dahshur had been recommended. During the light show, we were chatting with three other guests who had just arrived. They had booked a minibus tour for the following day and had space, so invited us to join them. This turned out to be a double edged sword because although visiting Dahshur was certainly worth it, our guide kept us moving a bit too much, so we didn’t get the time to stop and explore the sites properly. There was also an obligatory stop at some shops on the way back. If I was there again, I’d be inclined to view the Great Pyramids independently on one day and then take a taxi to Dahshur and Memphis. That said, we didn’t have a spare day, so packing as much in as possible was a good move. Basically, what we did here was how most people view Luxor, with a quick skim over lots of sights & sites rather than a gentle, more in depth visit. We also had to skip the Khufu Ship, which is housed within the pyramids site. Again, this had been highly recommended but our tour flew straight past this without even reference to it. That said, I wasn’t too concerned as my research suggested that you have to wear protective ‘boots’ over outdoor shoes and it looked like there were steps, so I’m not sure how accessible it would be?

And accessibility is an interesting concept in Egypt… I almost caused a diplomatic incident!

At the Great Pyramid, there is a wooden walkway from the carpark to the base of the pyramid. I rolled merrily along this until I got to the end. While access on to the walkway was ramped, at the exit there were steps. I managed to turn around and realised that there were no more tourists following me. There was a group, headed out by ‘suits’, men in dark glasses who were looking anywhere except at the ‘Wonder of the World‘ in front of them. Having spotted the obvious security detail and they having spotted me, in a wheelchair, with nowhere else to go, I grabbed my camera and started filming. I had no idea who was coming, but they were obviously important!

Turns out, it was the Egyptian Minister of Antiquities Khaled el-Anany, with Wang Yang, Chairman of the Chinese Consultative Council and member of the Central Committee of the Communist Party of China. This was ‘big news’, making the national paper, Egypt Today. To be fair, the Minister & Mr Yang simply side-stepped me and walked past without any concerns, but if you watch the video, the further down the entourage (or ‘hangers on‘) the more they looked like security should have just shot me & pushed me off the side of the walkway!

Due to the official delegation being there, we were held back from going to The Sphinx. Our guide was getting concerned about the time and said we’d have to move on. That resulted in a near mutiny. I very politely suggested to her that if there wasn’t the time to complete everything, we’d rather miss the shops out… suddenly there was time to complete everything again, and we tracked up to The Sphinx. Which is smaller than I’d imagined. But still amazing.

I lent against a wall for ages, camera at the ready, awaiting the briefest of gap in the crowd in order to take one clichéd shot.

This was one of the ‘pay the ferryman‘ moments for me. There is no way that you could get close to The Sphinx in a wheelchair. Walking on very uneven ground, in a large crowd, in that heat… it was no surprise that my shoulders & wrists in particular were painful later.

But it was worth it.

Once back on board the minibus, we headed off in to the countryside to Dahshur and then Memphis.

The pyramids at Dahshur are smaller, but older than those at Giza. The Bent Pyramid dates from around 2600 BC. When considering the dates & facts related to the pyramids generally, it can be quite mind boggling. There are so many amazing things about them but for me, the most incredible is that the Great Pyramid was the tallest man-made structure in the world for almost 3,900 years, until Lincoln Cathedral spire was completed in 1311.

While the pyramids of Giza were crowded, at Dahshur, we were almost alone. In fact, there was only a coach trip of Egyptian school children visiting at the same time as us. Being out in the desert, it was windy, hot and desolate. Somehow, this made the experience more special. Before watching the video, turn your volume down! It is just wind noise.

Then on to have lunch before heading to Memphis, birthplace of Elvis Presley & Ramses II.

Okay, neither of them were born here.

Memphis was the ancient capital of Egypt. At the time, it was set on the Nile delta. Over the years, the course of the Nile moved and with it, Memphis lost its importance. But archaeologically, many treasures have been unearthed here.

Incidentally, I don’t want to give a poor impression of our guide. She was knowledgable, friendly and spoke English fluently. It is simply that her routine had been knocked out unexpectedly, and so her priorities were not necessarily the same as ours. No doubt she would get a commission on anything tourists bought at the shops. Given that she & her family would live mainly on the tips & commissions, it is understandable that her priority is what puts food on the table rather than a Sphinx that she has seen hundreds of times before.

The following morning was an early start to head back through the crazy streets of Cairo on a 45 minute drive to the airport, then back to Heathrow. Egypt certainly grabbed me in a way I hadn’t expected. I knew that I’d enjoy seeing the pyramids but I hadn’t anticipated falling in love with this country to the extent that I did. The people were delightful everywhere that we visited. We felt safe, more to the point, we were safe. The traffic in the cities was chaotic, but if you’ve travelled much, you’ll expect that in most places. The food was good, the history was incredible. While this was my wife’s ‘bucket list’ trip, I enjoyed it immensely and she enjoyed it more, because I was having such a great time too. It is hard to look past the Nile cruise for a ‘high point’, although getting up at 5am to watch the hot air ballon taking off was incredible.

I’m writing this during the 2020 COVID-19 lockdown. Tourism in Egypt was already struggling due to misconceptions regarding terrorism and the recent revolution making many people consider the country to be unstable. Now this virus will be decimating an already fragile trade. I would love to return to Egypt. Quite when that will be, I have no idea, but I hope it won’t be too long.

If you have any questions about the trip or advice that I may be able to give you, please feel free to email. From a wheelchair user’s point of view, it depends on three key issues. Firstly, level of disability. If you are a permanent wheelchair user, who can’t walk at all, it would be incredibly difficult to do this trip or anything like it. While some bigger hotels probably have accessible rooms, these may still not be what you expect with regard to level access etc. That said, my ‘wheelchair accessible’ room at a hotel in the USA had a sunken shower with a large step around it, so a permanent wheelchair user who couldn’t take a few steps wouldn’t have been able to use it either. Attitude generally, and to risk specifically feature highly. Egyptian people will help you to do anything, but that may well include lifting you over obstacles etc. Personally, I don’t allow that, both from a dignity perspective but also from risk. I doubt if they are moving & handling trained! Again, fortunately, because I can walk short distances with two walking sticks, I can manage to a reasonable level. But really, as with non-disabled people, it comes down to determination and interest. If you want to relax and kick back, then you want to go to a beach resort, but if you want to see some of the most incredible history on the planet, then you can make it happen. I didn’t know how much I wanted to see Egypt until I visited. Now I want to see more!

Video of the Day: Created by Google, whose computers can edit much better than I can.

If you’ve enjoyed the series please post a comment, especially if it has helped you with your trip! 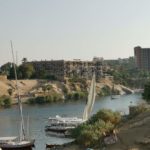 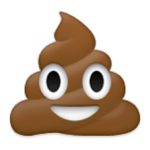