Around about Christmas, my friend… let’s call her Ros to ensure the guilty are known… had a series of conversations, the first one face to face, then with me on the telephone. They went something like this…

Steve: “I do wheelchair basketball. There’s a few of us but we could do with some more players.”

Ros: “Oh, I know someone who would love to do that, it is exactly what he’s wanting to do!”

Steve: “Great! Give him my number.”

The following day, on the phone…

Ros: “I’ve signed you up to wheelchair basketball.”

Keith: “I hated basketball when I was at school.”

Ros: “Have you phoned him?”

Okay, some exaggeration or even downright lying may have just occurred but there is no denying, when Ros gets excited about something…

I then went on holiday, which bought me a couple of weeks of breathing space. But during that time, I failed to come up with a good excuse not to, so on my return I had a chat with Steve and agreed to attend the next session. Steve told me that the majority of people attending the sessions were not actually wheelchair users. In fact, there are only three of us out of the ten to fourteen who attend most weeks who are wheelies. But once everyone is sat in a chair, it is a great leveller. I even talked the long suffering Mrs F. in to joining us and she’s surprised herself by how much she’s enjoying it.

If you come along to wheelchair basketball, there are three things that you will notice. 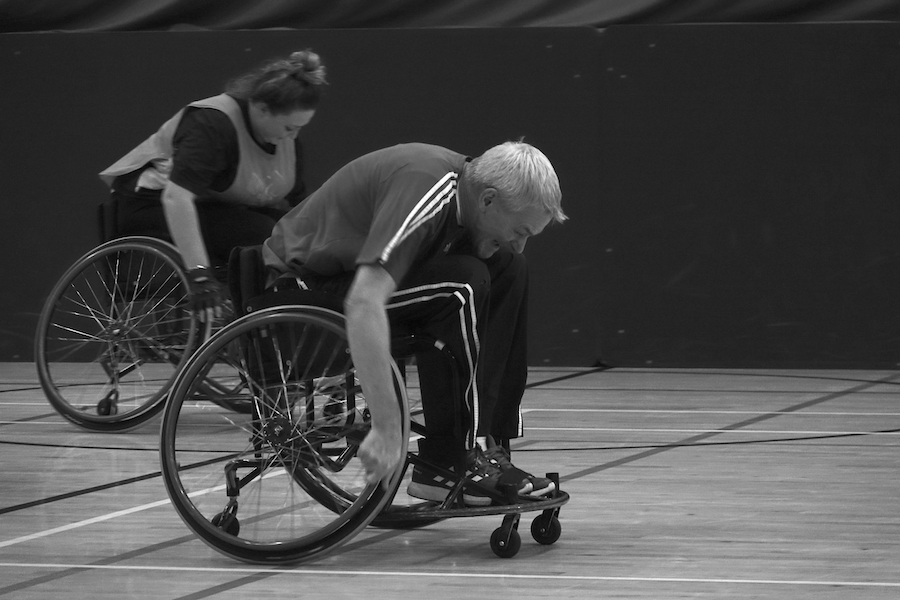 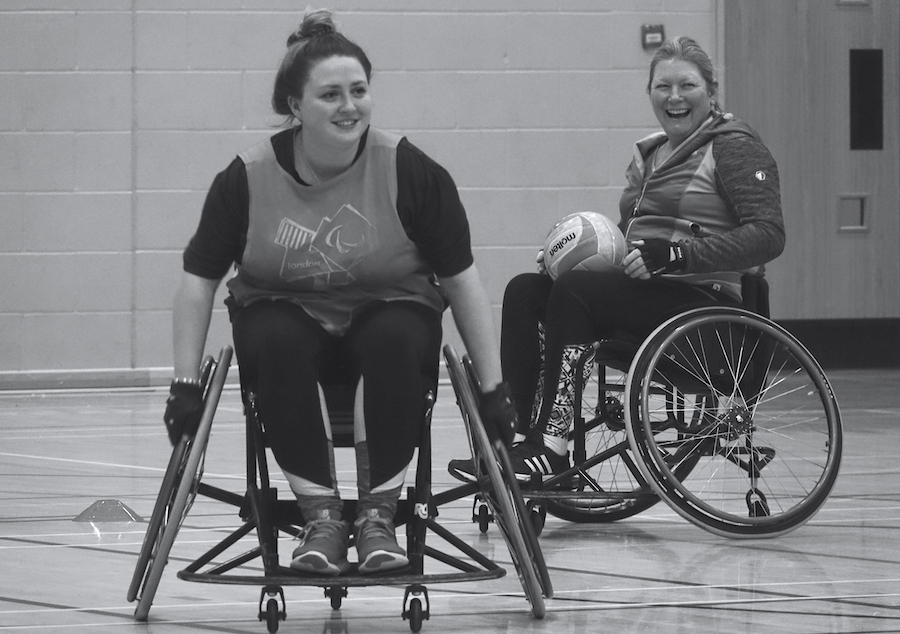 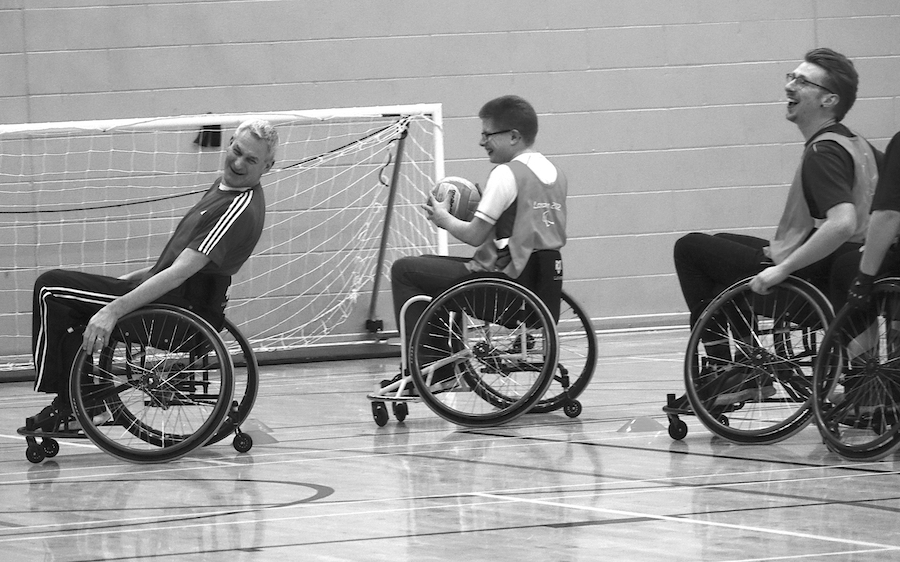 While I was practicing missing the hoop (I’m rather good at that!) everyone else was eating cake! 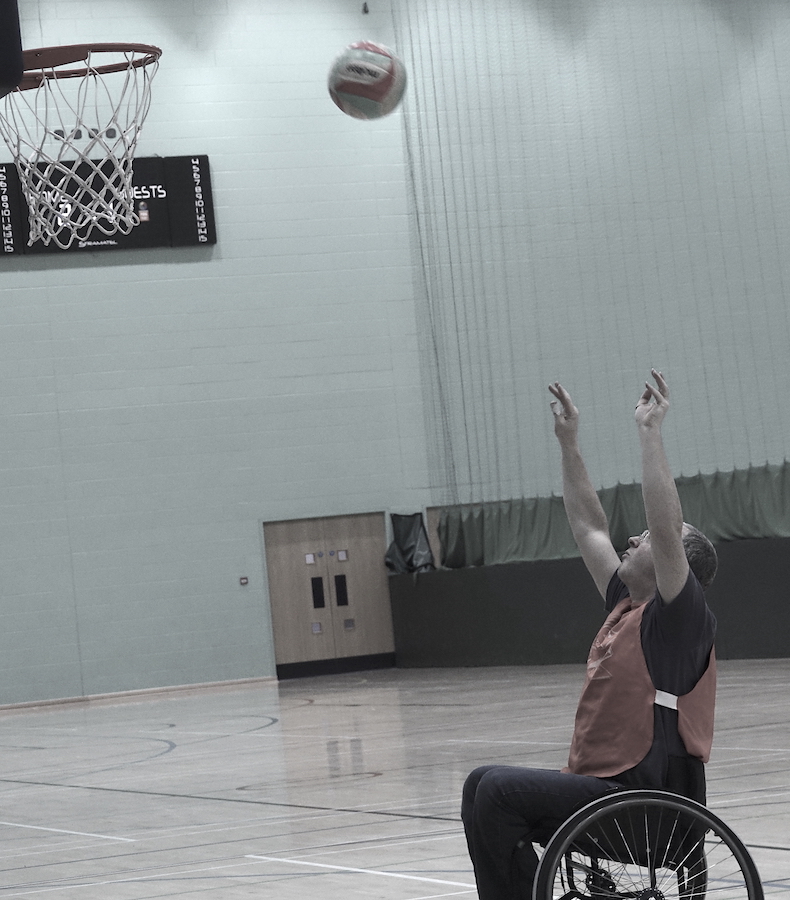 The serious point is that when I finished work in November 2018 due to fatigue, the important goal was to get healthier & rebuild my stamina.. In reality, I became more isolated. I went out of the house less often because I didn’t have a reason to go out. Work had been the motivator to get out of bed, to leave the house… to just ‘do’. Okay, for the first couple of months, my body collapsed. I don’t think I’d realised how utterly exhausted I’d become until I stopped! And crap weather is always a fall back excuse, but I knew I needed to get motivated. Once I returned from the Dominican Republic in January, I felt like I wanted to ‘do stuff’. Wheelchair basketball was one of those things. It’s healthy, different and I’ve met some really nice people there too. Whisper it quietly, but Ros may have been right, it is good fun and I do love it. But I doubt if any of the Paralympic squad will be looking nervously over their shoulder!

If you live on the Isle of Man and fancy having a go, whether you have a disability or not, all ages and skill levels are welcome. Wednesdays, 7pm at the NSC or drop me an email keith.fitton@outlook.com for more information. Chairs, bibs, balls & cake provided. 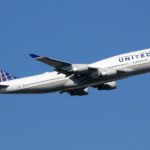 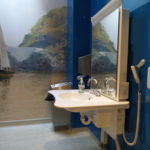 How About Being Positive? Celebrate the Isle of Man’s First ‘Changing Places’ Toilet.