The more astute of you…

…what am I saying? You are reading my blog so obviously you are astute…

…may have noticed that I’ve neglected my blog for the last few weeks.

I do hope you missed me rather than ‘I hadn’t even noticed it had gone?

Well, there is a reason. A big fat elephant wandered in to the room and plonked itself down while I was watching Hollyoaks…

Hey, don’t judge me, it is on directly before Channel 4 News, the only news bulletin worth watching. That’s the only reason I have it on, honestly! Nothing to do with the unfeasibly attractive women and unbelievable story lines…

Now the problem with an elephant in the room is that the longer you don’t acknowledge it, the more comfortable you become around it. Initially craning your neck is a bit weird and awkward, but with practice, you can see enough of Krishnan [my wife worked with his dad] Guru-Murthy, to ignore the huge grey mammal, and you just get on with ‘stuff’.

But eventually there comes a time when it needs to be addressed.

It was all a bit quick, so took a while to get my head around. Ironically, my last blog entry was referring to how I work things out psychologically in my own mind, what tricks I play to come to terms with my disability and other issues. Well, this one has actually taken a bit longer to work out. In fact, I’m not sure I have yet.

Okay, what’s been going on?

Well, back in January, I was interviewed for a new job. It was as the Service Manager for an established charity in the UK, that was developing a new service on the Isle of Man. My role would be to set things up and get them going. I told them that due to my disability, I was unlikely to work for more than about 18 months, due to increased fatigue, so we’d need to begin succession planning very early on. In my mind, I’d help get things established and working, then step away, seamlessly handing it over to someone else. I suppose I hoped to see it as a legacy of my career, in years to come, I’d see the work they were doing and hopefully expanded in to new areas, and think “I set that up”.

Unfortunately, for a number of reasons which I won’t go in to, the setting up process was not very smooth. Actually, not smooth at all. Fast forward to November, and the service still wasn’t registered.

One of the later delays was because the government’s Registrations body, that would allow the charity to operate and oversees the quality of services delivered, insists on a Level Five management certificate ‘or working towards the qualification‘. This is something that I don’t have (I’m a Registered Nurse with twenty years management experience, but no formal management qualification). The course generally takes about 12 months (ish) to complete and costs about £3,000 (plus study time etc). The organisation had a policy that candidates had to agree, if they left within two years of doing the course, they would repay the fees. Naturally, I pointed out that this would not be fair in my case, having told them at interview that I only had about 18 months left to work (and we were nine months in to that). If I’d started the course, simply to become registered, I probably wouldn’t have completed it.

Running in parallel to this, I’d been reviewed by a neuro-physiotherapist a couple of months earlier. In general ‘chat’ I’d mentioned the increased fatigue. She said that I was a “classic case” of someone with my type of injury, who was trying to work full time. At the weekends, I rarely got out of bed before 1pm as I needed to rest. I was awake, but remained there as it was a good place to be relaxed. I wasn’t wearing my Ankle Foot Orthotic on my left leg or the Functional Electronic Stimulator on my right, so the skin had time to recover. But also, mentally, I wasn’t ‘doing anything’ beyond reading Facebook or ShrimpsVoices (Morecambe Football Club forum). Nothing that demanded any concentration. On work days, in the evening, I’d arrive home exhausted and almost always fall asleep until my wife brought me my tea. The physio said that because it took so much time to recover in order to keep working, I was exercising less. Less exercise meant I became more unfit. As my fitness deteriorated, I fatigued easier, needing more rest time to recover. And so the vicious circle continued. She said that I would need time not working in order to concentrate on my fitness if I was to reduce the fatigue.

As a result, following discussions with the management it was agreed that it would be best to go then, in November. This allowed me to concentrate on my health and the organisation to recruit a manager who has the management certificate and do so while it was still quiet, rather than in a few months’ time when it is busy.

I had no doubt that it was the right thing to do for both the organisation and me but because it happened so quickly, I didn’t have time to prepare myself mentally… …emotionally. I’d been very proud that I’d returned to work within six months of acquiring a disability and I was proud of the organisation that I worked for, albeit frustrated by the delays. Suddenly, my career had come to an end.

Previously, my only real emotional challenge that I’d not met full on, had been my motorbike.

I’ve still got my Triumph 675 Daytona, sitting in the garage. It hasn’t moved now for more than five years (beyond a few miles when I arranged for it to be serviced with a view to selling it). I know that once it has gone, I’ll never have another bike. Now of course, it is hardly worth anything financially after sitting there, not moving, just getting older (a bit like me then!) Even though I rarely even see it, I know it is there and I’m kind of hanging on to ‘being a biker‘.

Suddenly, for the first time since I was seventeen years old, I’m not working. And it is really, really weird. Not nice weird either.

Also, because I was the only person working for the organisation on the Isle of Man, and the speed between the decision being agreed and it being implemented, I didn’t get to say good-bye to colleagues in Liverpool other than a ’round robin’ email and no opportunity to even go for a few beers, as would normally happen when someone ‘retires‘. It felt like I’d not had any closure. Even ‘what I am‘ remains difficult to define. I know that technically, I’m on incapacity, signed off work for the next 12 months. I’m not ‘retired’ really, because I don’t have a pension. I’m ‘off sick‘. And that doesn’t sit right either.

A couple of weeks ago, having mentioned to them the weird feeling of leaving without a leaving do, some friends took me out for ‘a leaving do without any work colleagues‘, which was nice. I must admit, that did offer a certain sense of ‘closure’ because in my mind, that is how I’d considered it. I was going out that night, as my leaving do.

I’ve started to think about my health. I’ve been using my cycle machine every other morning.

My original plan was to get out in my Mountain Trike (a manual wheelchair that is propelled by a ‘rowing’ type of action) but the weather has been appalling ever since I stopped work, so that’s not happened.

Crap weather in November & December, who’d have thought that?

I hadn’t realised how exhausted I had become until I stopped, so for a few weeks, my body just collapsed, but I’m beginning to feel some benefit now. My sleep pattern appears to have improved, possibly because I’m not falling asleep in the evening. I can’t do a ‘big shop’ but I can get bits & pieces, which I’ve done a few times, mainly to get me out of the house.

And now I’ve told the world that I’m retired!

That doesn’t feel ‘good’ or ‘right’. But at least it is out there. Now I can work out what it really means for the next thirteen years or so that I had expected to work ordinarily? I didn’t know exactly why I didn’t want to explain this before, but now I have, so I can let it percolate through my mind until it makes sense.

I’ve chased the elephant out of the room. Now I can look forward to my first Christmas as a retired person…

Psychology of Disability (part one) 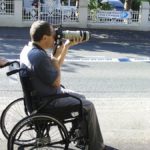 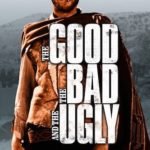 Manchester Travelodge (The Bad, The Ugly & The Good)